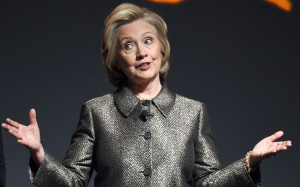 Trump won because of DUMB LUCK. People did not massively turn out to vote for him. On the contrary, they came in far fewer numbers than they did for Romney. Suddenly enlightened Democrat voters did not massively switch to the slouching beast. His campaign team was, at best, of mediocre intelligence. They dabbled in the all too common, for such extremists, outright lies, conspiracy theories and most recently, Orwellian Newspeak, like the most admirable one from Kellyanne Conway, “Alternative Facts,” to mask the garbagy smell of shameless lying.

Trump’s extraordinarily lucky victory rested on the interplay between the Democratic National Committee’s (DNC) choice of candidate, low voter turnout and the mechanics of the US electoral system. It did not, in the least, depend on people believing his largely incoherent, deeply stupid messages or the cleverness of his campaign team, it is worth repeating.

Trump’s election victory luck began with the choice made by the Democratic National Committee that it’s primary objective was to elect Hilary Clinton. It was not, as it should have been, to beat Trump. Had it been the latter, then Biden may have entered the race, rather than decide against because he knew that the fix was in for Clinton; something that Bernie seemed not to have grasped until it was too late. The upshot being that the DNC chose the absolute worst possible candidate whose sole hope of winning rested on the dubious proposition that Trump was even more unpopular than her.

Those who are outraged at the proposition that Clinton constituted a crucial piece of the great good luck explanation will surely point to the FBI director, Comey, as the game changer, turning potential Clinton voters against her, should think again. Had she not been such a weak candidate to begin with the Comey factor would not have had any more negative effect on her than did the unsurprising revelation that Trump was a sexual predator. But it did.

Then there is the ludicrous argument that potential Clinton voters did not come out because they were convinced, by all the polls, that the election of Clinton was a foregone conclusion. This may very well be the case but is hardly credible, except if those voters also had to hold their noses when voting for someone they considered reprehensible. These voters who used the flimsy excuse that they don’t need to make the effort because Trump would not win were not turned off by the email server misuse issue. They were tired of that overblown piece of nonsense. They were turned off by the Democratic National Committee’s extraordinary insensitivity to the shabby treatment reserved for Bernie Sanders during the primaries; a shabbiness highlighted by the absence of any punishment for the likes of Debbie Wasserman Schultz, the DNC dirty tricks  bandleader.

In the end, my friends, while it is comforting for DNC/Clinton apologists to fall back on nonsense denial arguments, and for Trump supporters to play up the anti-establishment rhetoric, the narcissist who is now POTUS got their by the dint of DUMB LUCK. While it may have been the case that this was a Tipping Point, where voters finally decided to reject the elites in favour of an outside change agent, it is worth noting that all episodes of Dumb Luck are not Tipping Points but that this Tipping Point was inevitably also an episode of Dumb Luck.

Finally, to emphasize the almost certain central role of Dumb Luck in this election, it is further worth noting that less than 28% of the electorate has given power to a singularly unqualified individual over 100% of the population. Even taking into account the rigged (yes, rigged, as Trump repeatedly warned) electoral system, Trump could never have pulled this off without the overwhelming role of Dumb Luck. And the fact that he never expected to win is blunt testimony of the out sized role that luck played.